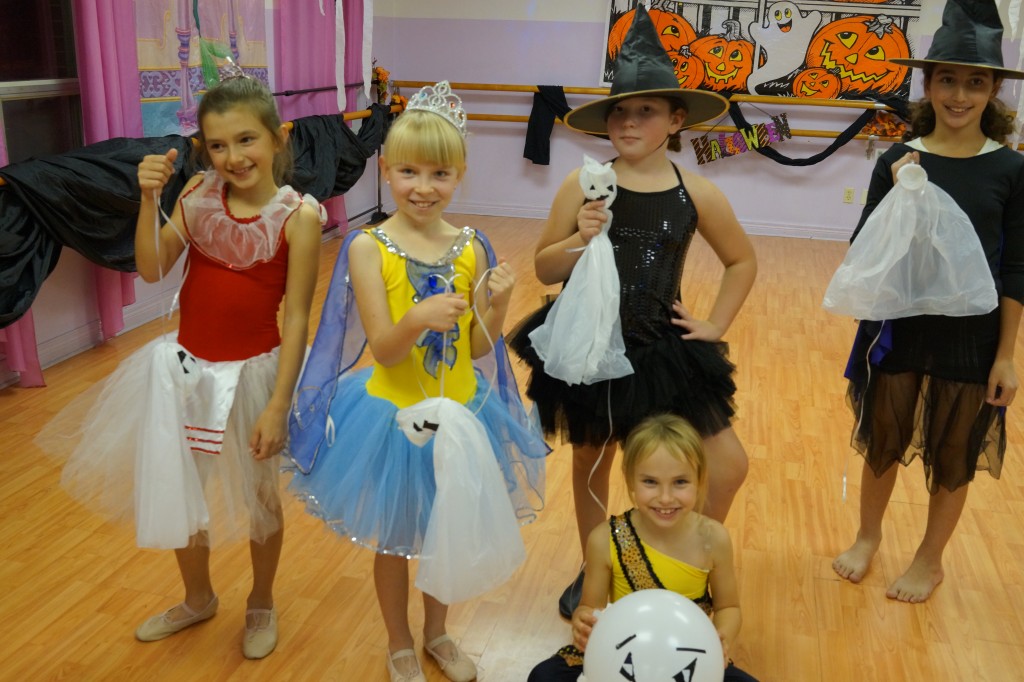 Let’s make your kids’ Halloween Party more than just costumes and trick-or-treating. These games are perfect for any Halloween party with kids!

We will help you make Halloween night the best one yet!

Halloween Games Ideas for the Kids 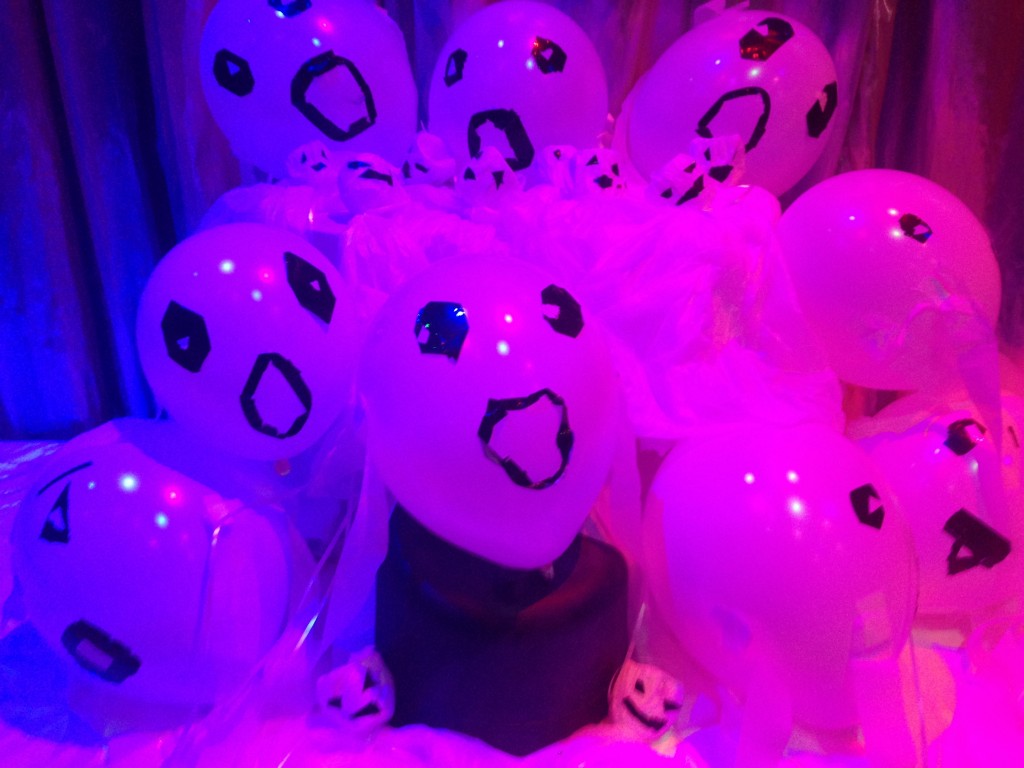 #1 Games with Ghost Balloons
To make a ghost balloon we need:
Balloon
Black Tape to make the eyes
And streamers at the back.

Let’s start with the a game for kids ages 2 to 4 years old. Give them the ghost balloons and ask them to throw them up in the air. 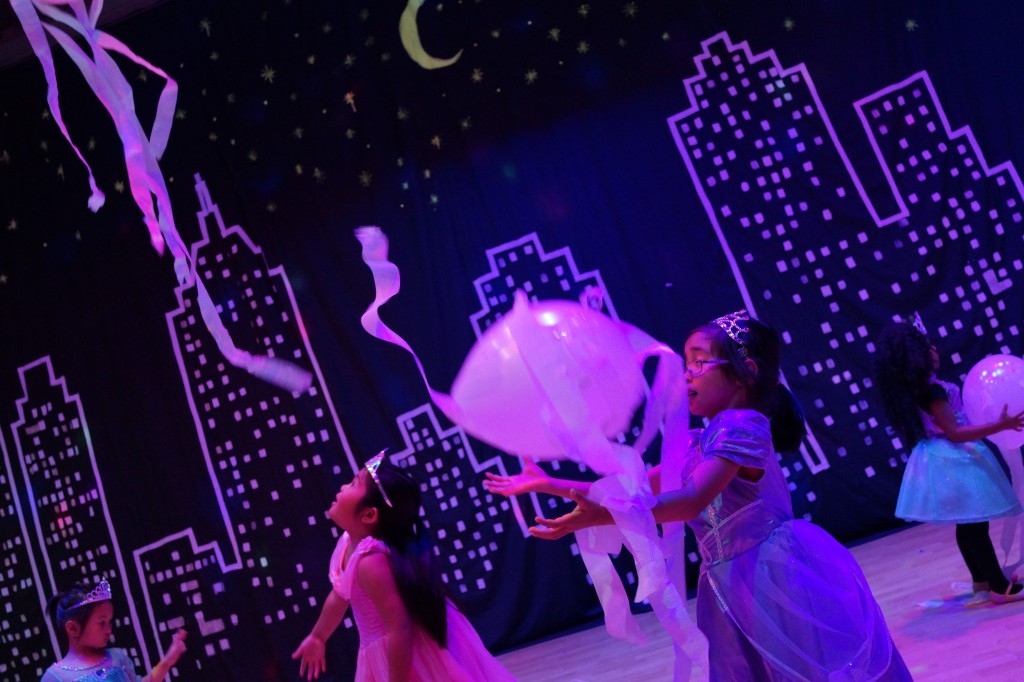 Ghost Balloons
Great game for ages 2 and up

Version # 2:
The game you can play with the older kids is called the Ghost Volleyball. Simply put a net in the middle and make 2 teams. Using 3 or 4 ghost volleyballs, instruct each team to toss the ghosts to opposite side without letting the balloons fall on their side. 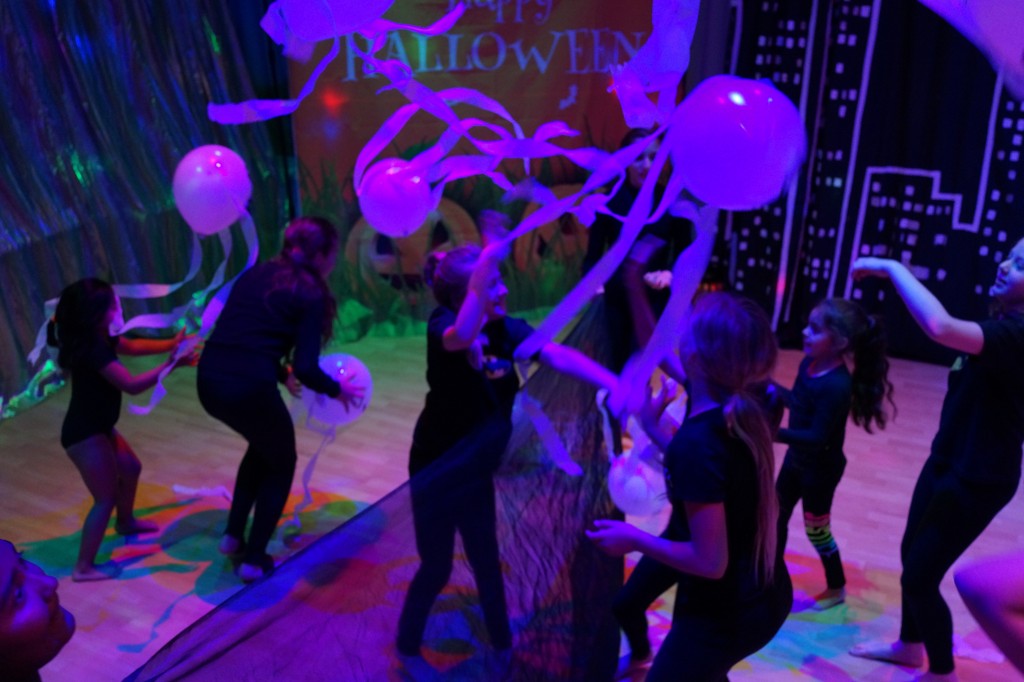 Ghost Volleyball
Great game of kids age 5 and up

Version # 3:
Another variation of this game is to hang the balloons up on the ceiling and have kids will jump up to get them. 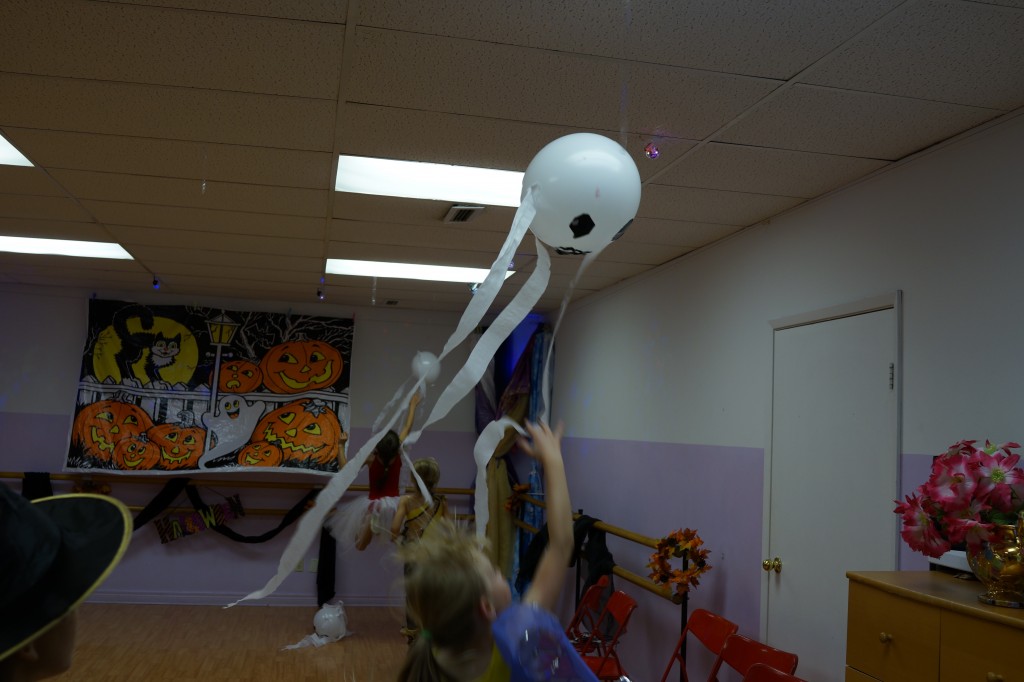 Jump up to reach the ghost balloon on the ceiling 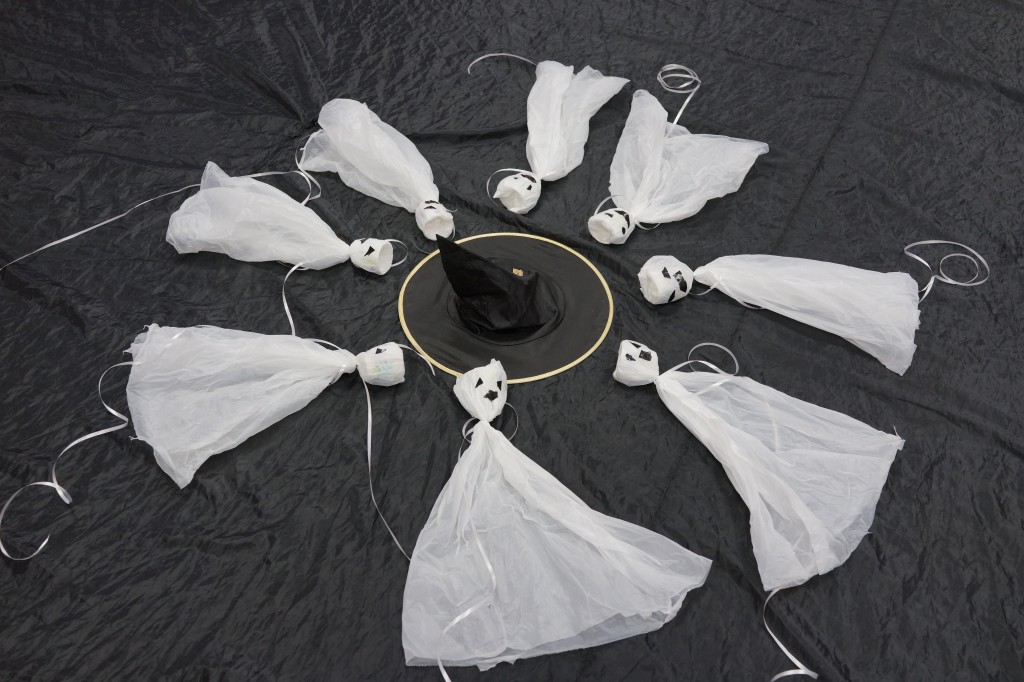 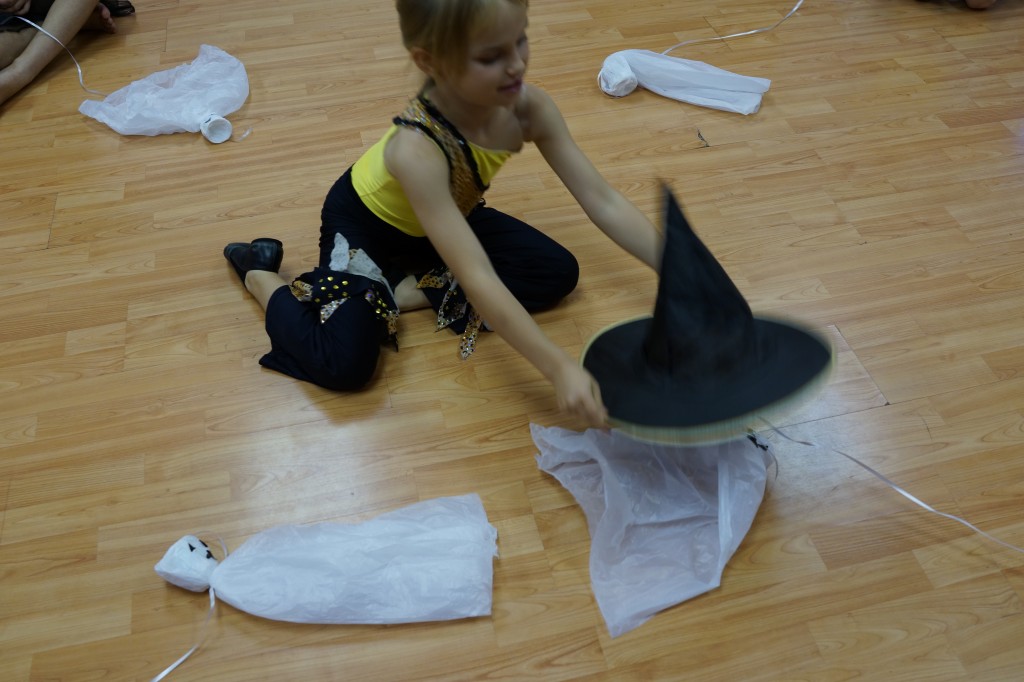 Version # 2:
The another variation of the game is applicable with all ages and it’s called Candy Treasure Hunt. To play that game, put some candy in the cups before wrapping them in kitchen bags.  Hide these candy ghost around the whole house. Under the bed, in the fridge, under the pillows, on the ceilings!  And after kids find all the ghost it’s time to each some candy. 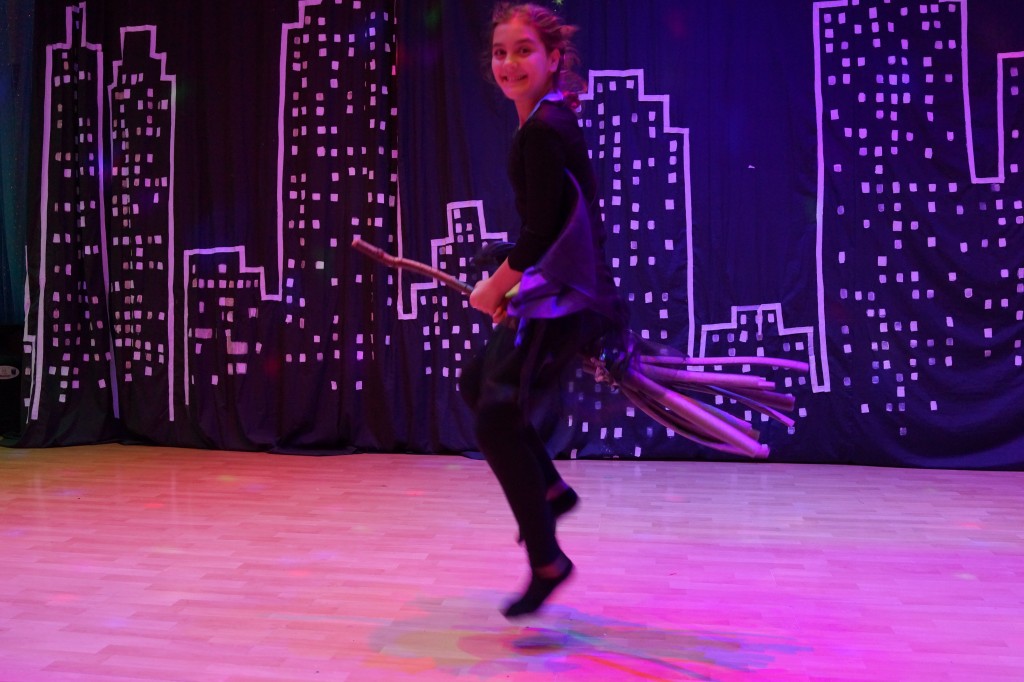 #3 Witch Broom Stick Competition
Did you know how Witches travel on Halloween? They use a broom stick! Let’s have a broomstick competition!

To play this game you need to divide kids into two teams. Ask them to line up in single file line and give them a broom stick. Each person holding the broom stick will run forward around a chair, come back, pass the broom stick to the next person and stand next to on the line. The 1st team will complete the race will be the winner. 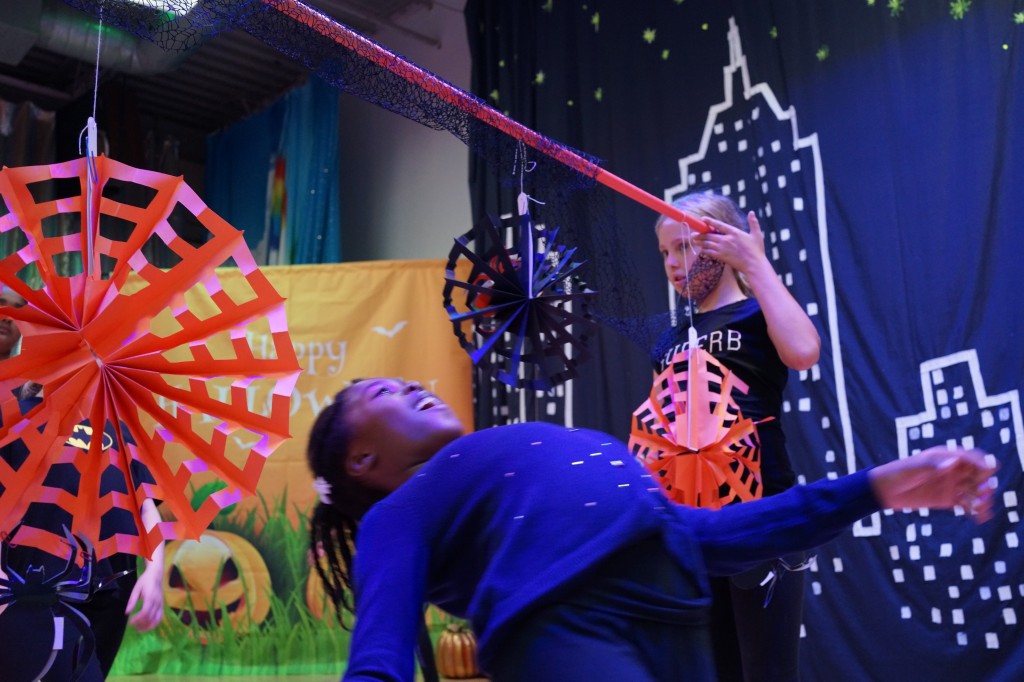 This game is similar to a ring toss games, but we use spiderweb and spiders (all can be purchased at a dollar store). Make a line to indicate the distance and give each child a spider. Place the web either on a chair or the floor. The one to throw the spider closest to centre, wins! Or all can be winners! 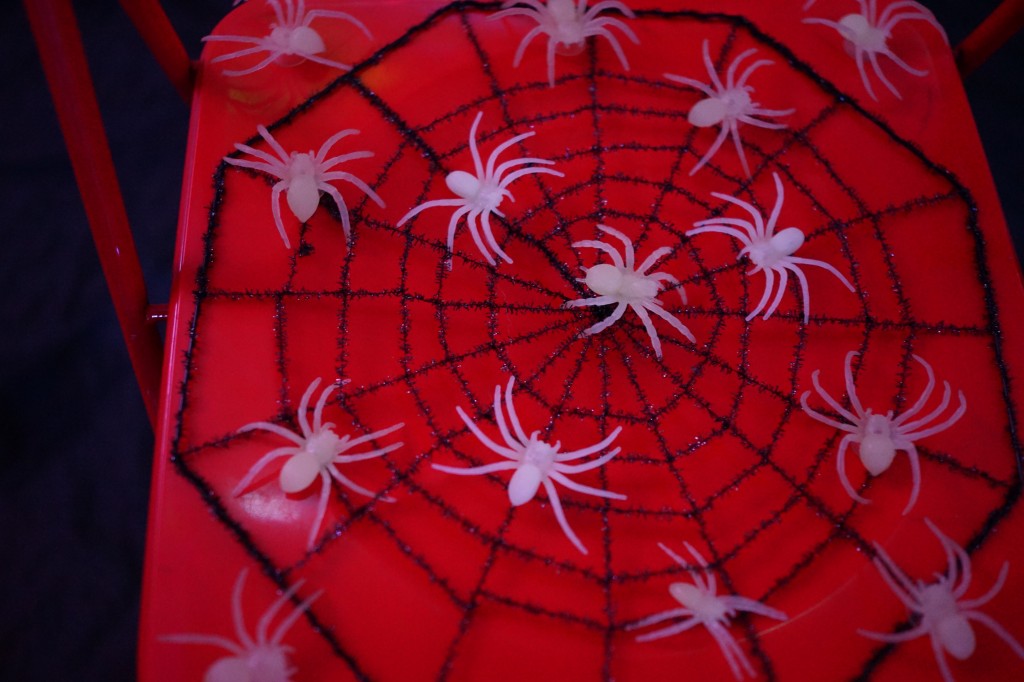 Turn a simple musical chairs, into Musical Witch Hats game! Place the hats on each chair and tell the kids to put the hats on their head when they sit on the chairs! 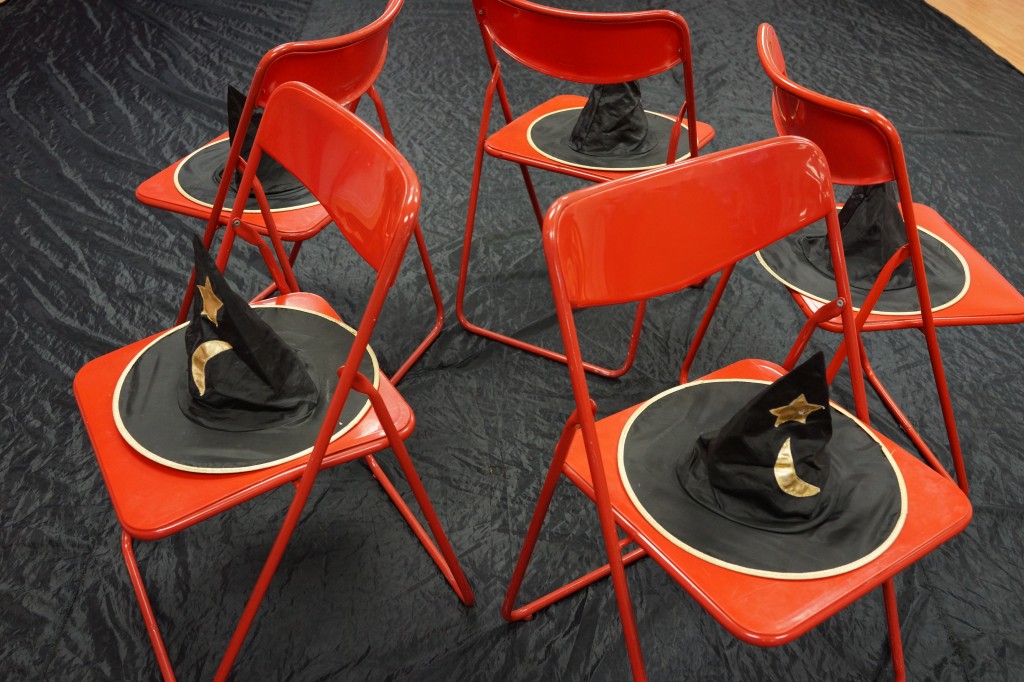 Great game for small kids! Place spiderwebs around the house and ask the kids to jump from one to the other. 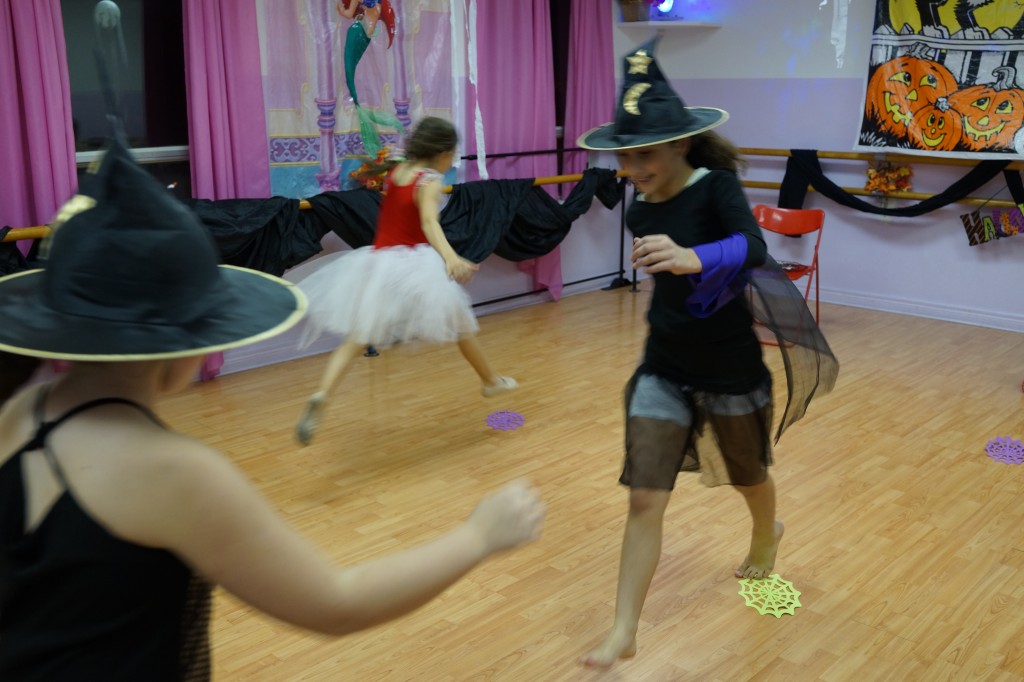 I hope you enjoy my Halloween wonderful ideas. Have a great Halloween Party!!!